Components / functions are bits of code that can be called on pages or webhooks. They are useful to trim down the number of lines of code on recurrent features, tasks or automations.

Although they work similarly, they are not the same thing.

Functions receive can receive information externally to be activated by webhooks or tricks, and act on $data values. Also, if you want to return the information some way (such as to a Page or to the next trick in the sequence), you must send the information back through the Front-End (for example, by using a variable call such as {{$data}}).

Access the Developer Area and click on Components / Functions, then +Create new function. Name your new function and press Create. 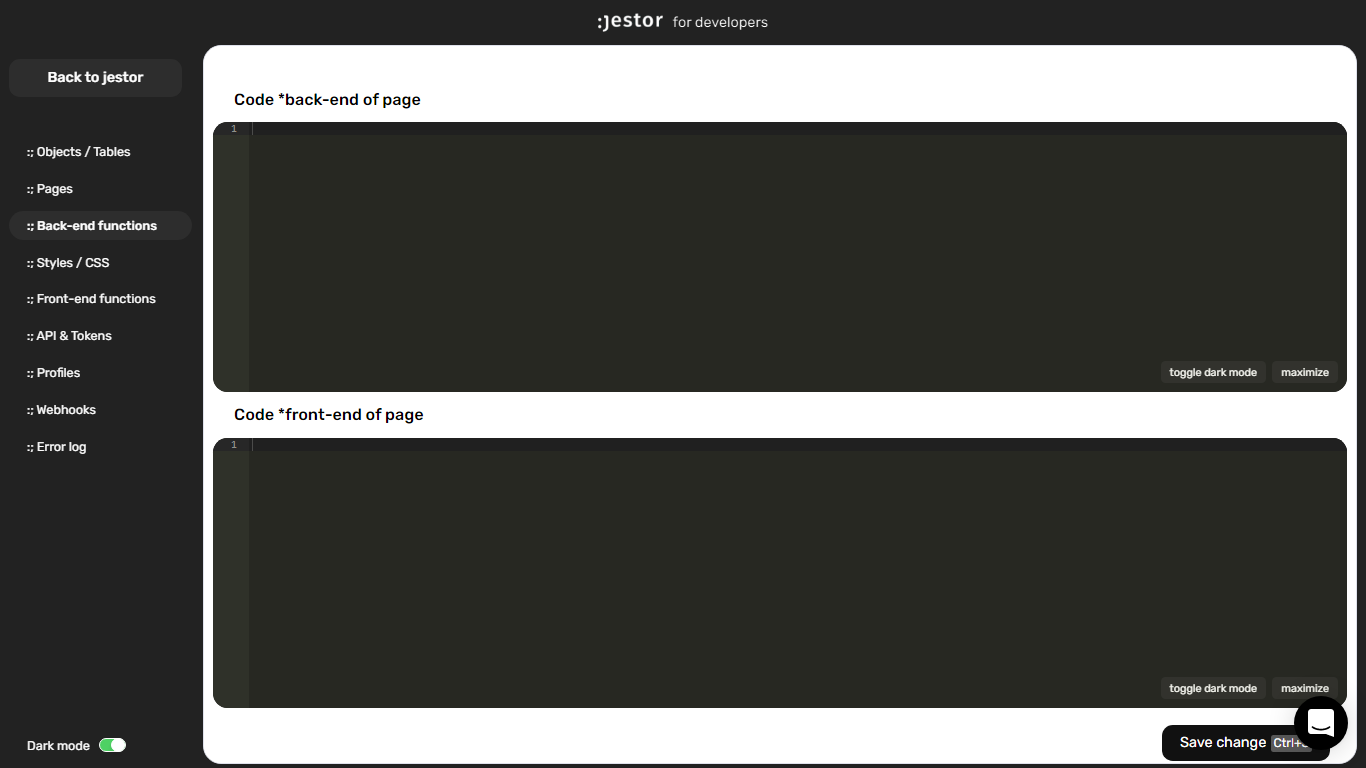 Calling a Function on a customized page

Use the following format to call a function on a customized page:

The arguments to be used on callFunction are: