Action is a metric of usage of your jestor. Whenever you create, add or edit something inside jestor, this is accounted as an action.

Here are some examples of actions:

You can always check the number of actions of your account before and after you do something. If the number increases, it's because this is accounted as an action.

Ps: if you have more people using jestor, this tip won't work because you cannot know if they've also changed something at the same time.

If you are not sure if something is an action or not, just ask us ☺️

Each upload of data (import data) or data migration will account temporarily as 1 single action. It doesn't matter the number of lines (records), it'll all be accounted as 1 action.

Every record created (added) in an import is 1 action. Depending on your table automations, it may trigger automations as well. Every automation will also be considered an action.

What is considered a data upload or migration?
Anything that you may import using the Connector feature, API, or low-code automation. Including:

Where can I check the number of actions of my organization?

You can track the number of actions by going to Settings -> Plan and Billing. 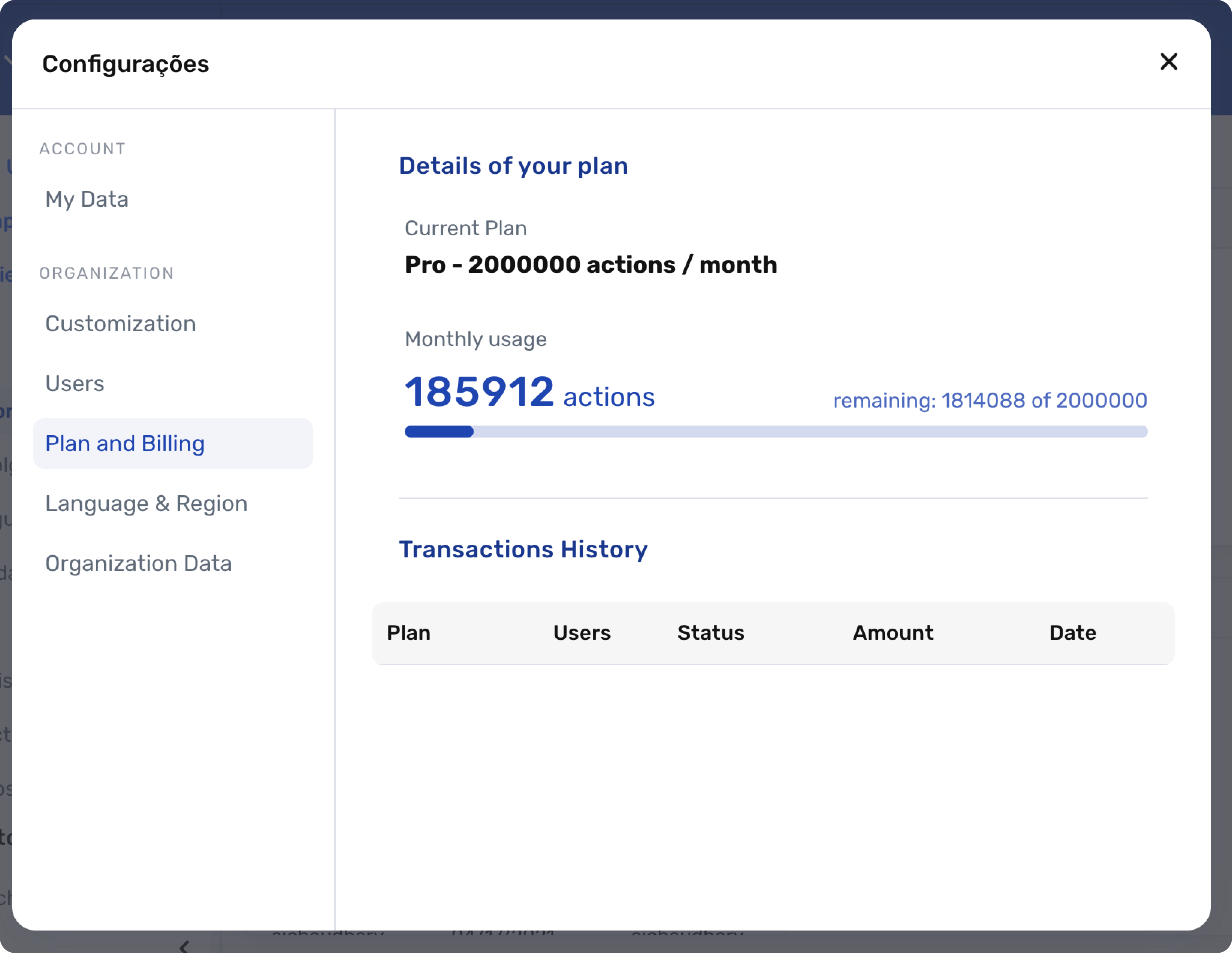 For any paid plan, your account will continue to work normally. We'll not block you from using Jestor, but you will get a warning that now you're paying extra for actions. Each additional action is priced at $0.029/action for all plans. The free plan does not allow overages.